Hello, im using your bots about a month now, i’m very satisfied, but as ragnarock, im mining conduits. But i was wandering how can the bot do the opposite from what he asked.

Mining with my main, giving the ore to a support ship (bot - alt char) that follows, when full unloads to a station then warps back to main, follows and continues like that

Im not a programmer, so i can only provide the steps for what i have in mind, with the way im doing it.

Thanks for the awesome work you do!

Welcome Foivos and thank you for the feedback!

Im not a programmer, so i can only provide the steps for what i have in mind, with the way im doing it.

That seems like a good step forward. If we have a list of all interactions (mouse clicks, key presses) that you use, that would be a big progress.
ragnarok gave this good example:

Hi and thanks for the quick response! Logic wise, it will follow the same rules as the current mining bot, the only difference would be once the ore hold reaches capacity instead of returning to station, it would take the following steps; Right click on the ore and choose select all Right click again and choose the option to Jettison Continue to mine Below is a screengrab of where the select all and jettison options are in the menu. https://i.gyazo.com/4d91c640a234b003d394ef106a9306e5.png T…

Their post also comes with a screenshot so that we can know how it looks in the game: 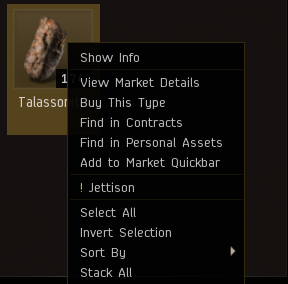 With these information it became possible for a programmer to implement the feature:

I am looking at the screengrab: What I see there looks like we should find it in the contextMenus field. I see entries containing the texts Select All and Jettison. Based on the looks in the screenshot, I expect these to end up in the entries of the ContextMenu. Working with context menus is very common; many bots do this. Since this is such a well-beaten path, we can skip the step of using a full memory sample of the game client. The screengrab seems sufficient for the identification of the e…

The steps are the following :

Hope that helps, sorry for the delay.
Thanks again for all the work you put in
Link for images https://imgur.com/a/zJpyj3h, for account security i removed the names

Having the list of steps is a good start to understand what you are doing. It looks like this activity has a lot more steps than the change for ragnaroks jetcan mining.
Ultimately, the bot can affect the game only by sending input to the game client. So we need to also translate these steps to inputs.

Maybe an example helps. So let’s take a closer look at this one:

What keys do you press on the keyboard here? Do you use the mouse? If yes, at which location?

Having images for the steps would help understand what the steps mean.

I already know these, no image required here:

I had a look at that page. I found multiple images there, here is the one I found topmost: 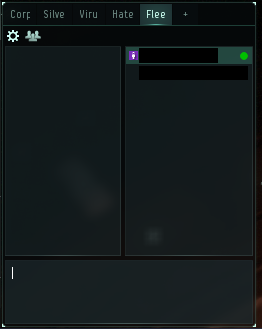 If I counted correctly I saw seven images in that album. So that is less than the number of steps we have above.

What is the right image for each step? Can you make a list where we have the image and the text appearing together for each step?

(Alternatively, instead of an image you could also point out an existing implementation for a step if you find one.)

Basically it would be good to have an image for each step for which we do not have an implementation yet.

the images are numbered base of the steps, i dont have images for all steps, thats why you counted fewer.

Below you will find an extencive step by step of how i do it with mouse moves, clicks and keyboard buttons that i press.
Hope it hels this time

after undocking
right mouse click on fleet chat the character name that has the purple icon next to the name
then point mouse at “Fleet”
point mouse at “warp to member within”
point mouse to “warp to 0”, left mouse click.
then when warp is done
point mouse on overview panel (i have set one that show only cans) on the first available can
right click on can
move mouse to “Lock target”
left click “Lock target”
enable module with keyboard button F5
wait for can to be within 2000m
deactivate module with F5 again
move mouse to overview panel on the first can (ordered by distance)
right mouse click on can
move mouse to “open cargo”
left click “open cargo”
move mouse to inventory panel (now showing contents of can)
left click and drag contents to ore hold of ship.
wait for next can (this may be a long period some times above 10 minutes)
when ore hold full dock to station
when dock in station unload ore to item hangar
start again

Thank you for clarifying.

I am looking for a way to reduce the time needed to develop this part:

If we already have something in the reading framework that would work as well to identify that character, we could skip the work to implement the identification of the purple icon.

The screenshot looks like we might be able to reuse the reading of potential hint texts used in the local watch and intel tools, which give an alarm when hostiles show up. (https://github.com/Viir/bots/blob/8df52d373315bd5aa41a9d4a0ceef6ea6aa16bff/implement/applications/eve-online/eve-online-local-watch/src/Bot.elm#L26-L28) Maybe we get a text like “is in your fleet” from that icon.

I have two questions about your setup:

it says “Pilot is in your fleet”, nothing unique for the character

it says “Pilot is in your fleet”

Nice! To clarify the uniqueness: I am only looking for the same level of uniqueness as the purple icon. As long as this text is only found for the ones which also have the purple icon, this is enough. This hint text would be just a proxy for the icon because the text is easier to read at the moment.

Another way to view it: Can we take any character from this chat member list for which we would get the text “Pilot is in your fleet”?

Good, I think what we learned so far could be enough to start writing a program. Based on the screenshots, I have theories on where to find the corresponding structures in the parsed user interface of the game client, so I skip the stage of collecting memory samples from the game client for now.

I will probably start by copying the mining bot and then remove the parts that would interfere with the jet can collection activity. The first thing to remove that catches my attention is drones. Next is the activation of mining modules and other modules.

There are other parts of the mining bot that are more likely to be useful also for the jet can collection. The most obvious in this category might be the closing of model/blocking message boxes.

I spent an hour today on the programming:

If i understand the code correctly in line 415 :
DescribeBranch “I see no jetcan in the overview. Warp to fleet member.”

you check to see it there are jetcans in the overview and if not warp to member?

if that is the case we need to make an adjustment, insted of searching for the jet can when the ship undocks we need to check for the member insted, because if someone left a jetcan outside of the station that is going to be a problem (many ppl do that kind of think to lure new players)

Thank you for the review. You are right, that version took the first jet can it sees.
I changed the program to fix this:

Today I found a way to simplify this implementation further, linking it here so I find it again:

Today I discovered a way to improve on yesterdays implementation for Foivos Saropoulos jet can collection in EVE Online (See the...

Implement getting jet can and opening cargo

@Viir Trying the bot, i see that its missing one step for the warp to member.

between the actions “Right click on pilot in chat.” and “Click on menu entry ‘warp to member within’.” there is the step “point mouse at Fleet”, as seen in the image below, after the "Fleet is the option “Warp to member”

Right, the step was missing, I adapted the bot here:

Right, the step was missing, I adapted the bot here:

Hello @Viir,
Hope that you are ok in this difficult time.

I tried the bot that step is ok now, but its missing the “Warp to 0” that is the final step for it to warp to member.

Also i made a mistake, the place i want to dock is not listed in “Station” but in “Structures”, if you can fix that too.
And if you could enable the function for the middle defence modules to be activated, either on undock or after the warp is complete.

Thanks again for your time and awsome work

Also i made a mistake, the place i want to dock is not listed in “Station” but in “Structures”, if you can fix that too.

Try doing a search on bot.elm for “Stations” (without the quotes) and replace those instances with “Structures”. That should make the bot click on the structures menu entry and continue from there.

@Cerberus I adapted the bot to your additions from Saturday:

It also has the step to click on “warp to 0” here: