so i have been dipping m fingers in many pies to learn the coding methods used for this and o learn coding in general i have a rough idea on how it works and am now looking at expanding my knowledge to build my own Bot.

it will be in a scanning interceptor and this alows to mitigate any gatecamps and such but it will fly around a set region/constelation/system and when their is a cosmic signature in system make a safe spot and then start scanning it will scan sites down bookmark them and then once region is done or timespan you have set is finished it wil dock up.

Long term plan.
implement it so you could set it to follow chains of WHs if found so people living in NS can find easy quick routes to high sec using it.

would love feedback on the ability to do this and if it is even feasible .

you mean to use this?

the cross is not present ( or it is like an overlay , or sanderling does not read)

so it wouldnt be possible ?

dunno, talk with Viir, but you will need to send him an measurement file
Look on forum how to take an measurement.
or maybe it could be done using screenshots ( he talked about that at one moment)
the thing is the cross is on different layer, over the background, but in same time the map is not 2d but 3d, so it has an deepness dimensions who could create problems

ok thank you @Viir you think you could hep with this ?

@Viir you think you could hep with this ?

Sure, what should the bot do? I know we can a bot make send keyboard input (key down, key up) or mouse input (move mouse, click). Would these kinds of inputs be sufficient to perform the in-game action you mean?

I have looked into the first post of this thread, but I did not see mention of “mouse” or “key”.

I see you are using some concepts which would need knowledge about the game. An examples seems the following:

What does this mean? We need to define the meaning of such a text by breaking it down into keyboard or mouse input.
In some cases there might be different sequences of input to perform such an action. This is not a problem, you don’t need to choose the best one to start, because you can always change it later. If you find there are multiple ways, just pick one to start.

if i find you a video to show u how scanning works would that help in an understanding for yourself ?

@Viir any chance you could give me a bit more advice ? if its possible ?

Thank you for the video @TOBIAS95.

if i find you a video to show u how scanning works would that help in an understanding for yourself ?

Probably. But so far I am not sure if it makes sense that I learn how scanning works. Maybe some day I will have time to learn how scanning works. If you don’t want to wait for that day, I recommend you try the detailed approach to describe the bot that we use here. To describe the bot, we begin with example screenshot to show when it should make an input to the game.

I see the video you linked has a length of more than 18 minutes. To make a bot, we use screenshots as examples of situations in which an input (move mouse, click mouse, press keyboard key) needs to be sent to the game.
Given the length of the video, it might contain thousands of different frames. These correspond to as many moments in the game. The next step now is to identify more exactly the moments when an input should be sent to the game client to accomplish the overall goal of ‘Scanning’. This requires someone who knows this part of the game EVE Online.

Can you make screenshots of the moments in the video where an input needs to be sent to the game?

Maybe I was going too fast, so I will try to break the process down into smaller steps:

Is this done using a mouse click? Can you make a screenshot of the game client when the click needs to be sent to the game and mark the area where the mouse click should go?

For sharing screenshots, you can upload them to https://imgur.com/

I see I should explain this in more detail. Since the time (‘when’) was already covered, I see what might be missing is which region of the screen we should take. For EVE Online, we can take screenshots of the whole game client.
Looking again at the video you linked, I see that using whole frames from that video would work. That is why I first looked into how to take a frame of the video and save it to an image file. I did not find a way to do this, so I switched to the approach of starting a game client and taking screenshots from that.

I documented the process of how you can take a screenshot and save it to an image file:

In some cases, we might want to reduce the size of the image or the file size. Even after the screenshot has been taken, we can use these additional steps to optimize the result:

In this example, you can also see I applied the optional steps to get a smaller image and a smaller file size. When we have a screenshot, the next step is to define what input needs to be sent to the game client in the situation which is depicted in the screenshot.
We can start with the screenshot which is already linked above. Where should the bot click the mouse in this situation?
When you have the image open in paint.net, it displays the location of the mouse cursor in the coordinate system of the image in the status bar. As you move your mouse cursor over the image, you see these coordinates changing:

You can use these coordinates to specify a location for a mouse input.

If you think the image linked above is not a good example of what the bot will see, we don’t need to use this one. You also pick another one as the first screenshot to work with.

To share the image files of the screenshots, Github is the most popular option. I also used Github for the image above. Another option to share images is https://imgur.com

@kaboonus could u help a little with this as well I know @Viir doesn’t play eve but you do so is he asked for a screen grab whenever the mouse needs moving and is eves scanning method to complicated to do this?

If someone was willing to take.a lead on this and build it I would be willing to donate them some cash as a thank you

Google brought me here. I’m interested in this topic as well. I just read someone here managed to capture the scanning window by enlarging it to fullscreen. I don’t remember where. That part is possible, clicking “launch” to launch the probes too. I’m not sure if the whole scanning process is though. Probably but not that easy. It’s a 3D interactive map of the space you are in.

This is the scanning overview:

The window behaves different from the other windows in Eve. It’s not stackable and has 2 places to ancor the scanners overview. The Buttons down on the right, as well as double clicking in an empty area rotates the camera from horizontal and vertical view but it’s possible to control the camera with the mouse as well and to zoom in and out. This is how it’s mostly done.

These are the signatures to scan:

Or like this with shift pressed to move individual probes (This is never done, just showing it to explain):

All 8 Probes can be moved with one button and dragged in one direction on the interactive map. There’re 12 buttons. (the cube sides and the arrows) The arrows allow dragging either X, Y or Z, while the cube buttons allow dragging allong XY, XZ, YZ. The center of the cube has to move on the red cross and the range of the Probes has to be adjusted to match the red Ball with the cross. The adjustment shouldn’t be a problem. It’s a click or slider element. I’m more concerned about the interactive solar map. After scanning, the red cross moves on the map and one has to repeat the process until one gets a warp-to-point. I’m going to read alot more tomorrow, do you think this is possible? @Viir

I had to cut the links because I’m limited to 2 as new user.
Album: 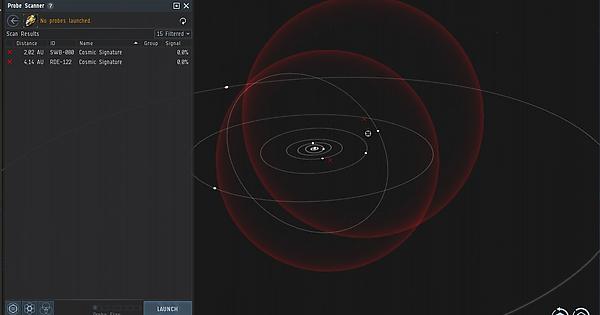 do you think this is possible?

I had a look at the description and the five images I found in the album. I don’t understand the process yet, also because I don’t see the images grouped with the user input following the image. My overall guestimate is that it would cost more than ten hours to automate this.

I’m more concerned about the interactive solar map. After scanning, the red cross moves on the map and one has to repeat the process

I see no problem with repeating, repeating sounds easy to me.

until one gets a warp-to-point.

Do we see this state reached in the last image contained in the album? I link this image below: 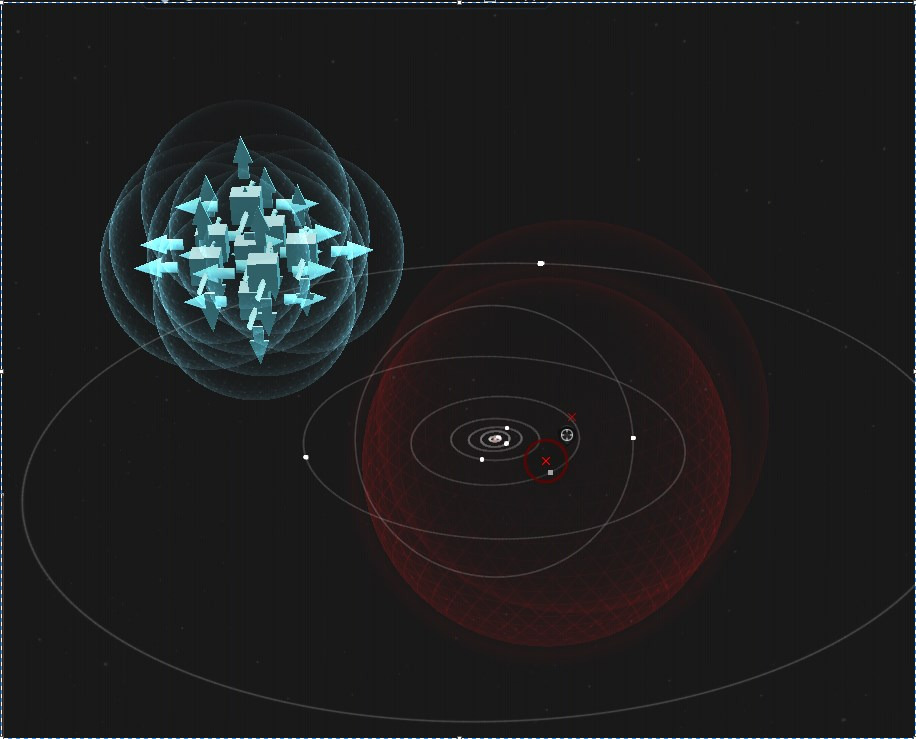